EMCOR Facilities Services (EFS) offers a wide range of service delivery models, all of which can be customized to meet your specific portfolio needs. Whether clients are looking for a dedicated self-performance contracting model, a hybrid model that includes self-performance and qualified subcontractors, or a completely supplier-managed model, we have the solution. 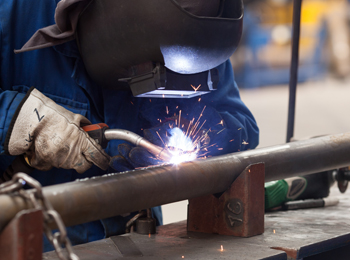 Every successful facilities professional knows that being safe, proactively meeting facility demands, and controlling costs are three of the most important aspects of their job.

When technical issues arise, we respond quickly, in an effort to make a direct impact on cost, quality, and safety.

Delivering flexible staffing and exceptional service, for more than 70 years.

Contact us today to discuss your specialty trade services needs.

Problem
An EFS commercial customer with over 1,000 locations was getting ready to negotiate asset upgrades with their landlords at 120 of their locations, as part of upcoming lease renewals. The landlords were eager to re-sign lease extensions with the customer in order to avoid losing tenants and risk having empty commercial space.

Solution
EFS was contracted to inspect the grounds, roof, and HVAC units of 120 locations nearing the end of their lease. EFS reported obvious structural defects to flooring, restrooms, lighting, offices, walls, and other critical areas. EFS developed a program whereby facility inspections were performed prior to the end of current leases. Armed with data on what needed upgrading and replacing, the customer was able to negotiate most upgrades as part of the lease renewal.

With this unique service offering, EFS was advised by the customer that they were able to get the very most out of every lease they renewed.