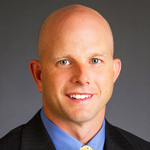 Mike provides leadership and operational oversight for all of EMCOR Facilities Services (EFS). Mike instills continuous-improvement initiatives to promote the execution of one cohesive business across the portfolio of services offered to EFS’s diverse and valued customers.

Much of Mike’s business, management, and operations knowledge stems from his 20 years of service in the United States Army. As a Field Grade Officer, Mike spent four years with the 4th Infantry Division, which included two deployments to Baghdad, Iraq. As a Battalion Operations Officer, Mike and his team managed over 250 civic-action projects valued at $300 million in conjunction with the Army Corps of Engineers, the Iraqi government, and several non-governmental organizations.

During his second deployment, Mike was a Division Plans Officer and a member of a ten-person team that planned and synchronized combat operations in Baghdad. Prior to joining the 4th Infantry Division, he spent two years as an Assistant Professor and Economics Instructor at the United States Military Academy. Mike retired from the Army as a Lieutenant Colonel.

Mike received his Bachelor of Science degree in mechanical engineering from the United States Military Academy at West Point and his Master of Business Administration degree from Duke University.

Mike enjoys spending time with his wife, two sons, and daughter and looks forward to attending his children’s extracurricular sporting events and activities. As avid collegiate and professional sports fans, his family is always eager to attend as many sporting events as possible.